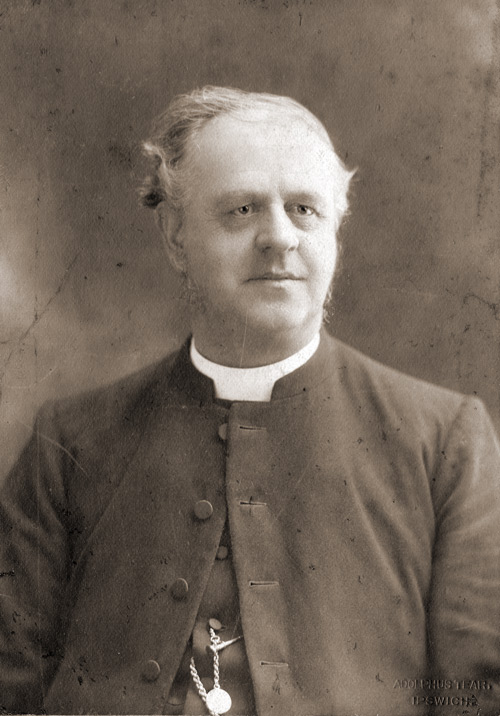 Rev Samuel Hooke died in 1906 at the Rectory in Clopton, Suffolk after three years of angina pectoris. He had been Rector since 1879 and was also the Rural Dean. He was known in the Hooke family as Uncle Sam. Below the photos is his will. 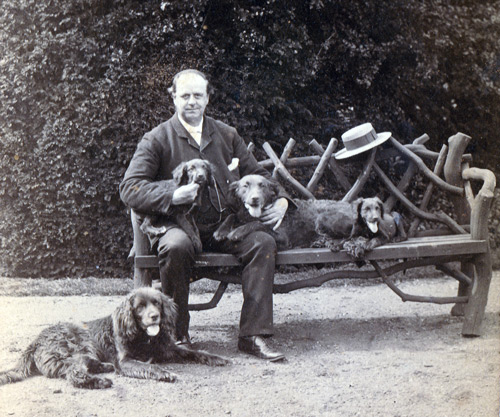 (Click on each page to enlarge. On a tablet or other touch screen you can increase the size even more using the usual method with two fingers.)

Highlights of the Will

Samuel made his second nephew, George Archer Hooke, one of his executors, rather than George's older brother Henry or his younger siblings, none of whom were beneficiaries. The other executor was Henry Barnes Mendham, described as his faithful servant.

George Archer Hooke: £50, a presentation clock given to Samuel by Yarmouth friends and the residue of the estate after specific legacies had been fulfilled. This would be divided between George's five children if he predeceased Samuel.

George & Henry: shares in the Great Eastern Railway Company but with all dividends, interest and income accruing to Henry Mendham for life. 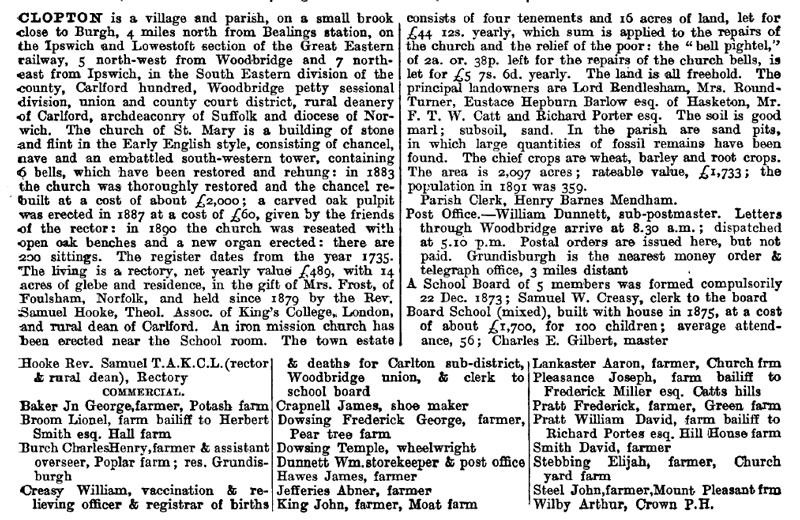 Legacy to servants revoked and replaced with:

£8 to whoever was his housmaid for more than 2 years, otherwise £5.

Gross Value of the Estate

Right:   Late 19th century description of Clopton with references to Rev Samuel Hooke and his servant, Henry Barnes Mendham who was the Parish Clerk.