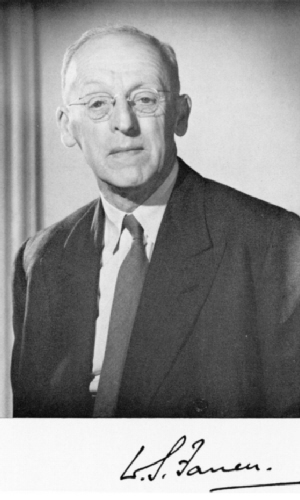 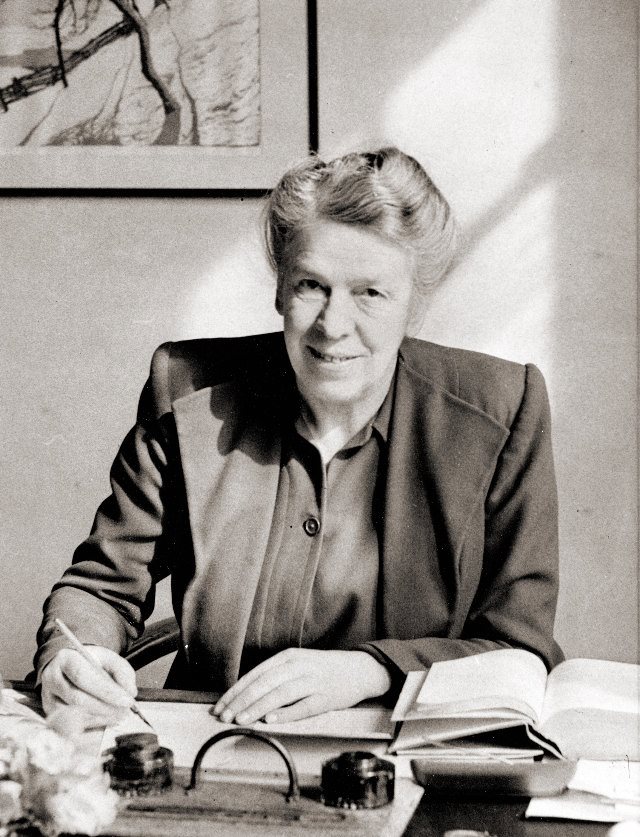 AN INTRODUCTION   She was Great Aunt Mildred to me and was one of my Grandfather's sisters. Late in life she married Sir William S Farren, shortly after the death of his first wife. They had been lifelong friends. So Sir William is my great uncle, though I never met him, as he was unwell in the last years of his life, living with Mildred in Kingston, Cambridge when I was growing up. Aunt Mildred nursed him faithfully until he died in 1970. Later, I came into possession of a little wooden box of bits and pieces from Sir William's workshop. I've used it for years to store my own nuts and bolts but always kept the bits of junk from Sir William. Included amongst them are three of his nameplates, one of them saying W S Farren, Director. I assume that this was the nameplate fixed to his office door when he was Director of Farnborough during the 2nd World War. He must have taken it with him when he left Farnborough in 1946 and stuffed it away in this wooden box. It's a piece of plastic, worth nothing materially, but is my link to a great man who seems to have become a largely unsung aviation hero of the 20th century. Subsequently, I have acquired all his film negatives from 1916-22 and will publish much of this fascinating archive of his pioneering life in aviation here. I share on these webpages as much information as I can about Sir William Farren, my great uncle.

I met my Aunt Mildred on several occasions but never realised, while she was alive, what a great woman she was. But you don't get the OBE for nothing! She was the Headmistress of Bradford Grammar School for girls from the 1920s to the 1950s and achieved great things for the school during some difficult years. I have been able to piece together some of her story from family photograph albums and scrapbooks dating back to the beginning of the 20th century passed down by my grandmother. Follow this link to find out more. Could my Great Aunt Mildred have been instrumental in Margaret Thatcher becoming Britain's first female Prime Minister? Find out here! 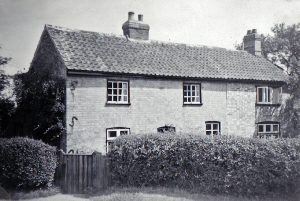 William Farren was a genius. This much becomes clearly evident once you start to consider his aeronautical achievements over 50 years of incredible change. Once he had learnt to fly in 1916 he progressed from designing and building a flying boat from scratch in 6 months in 1917/18, to masterminding the success of the Vulcan bomber in the 1950s, an aircraft that he had a major part in both designing and bringing into service. But although he was a genius and his brilliance was known by his compatriots, he does not seem to have received the recognition he deserved as a pioneer in aviation.

Follow the links below to read as much of his story as I can piece together from the limited archive, documents, photos and web pages that are left to us just 44 years after his death.