Follow this link to see a family tree, complete with photographs, of seven generations of our Oakden ancestors tracing back from the 21st century generation (Grandchildren of George & Val and John & Jean Hooke) back to the early 19th century generation - Ralph Oakden (1806-85) and his wife Anne (1805-78). To put it another way, Ralph and Ann Oakden, who head this tree, are the great great great great grandparents of my (Graham Hooke's) daughters, Sarah & Lydia.

Going further back in history there are various family trees in the family archive, albeit with some discrepancies the further back we travel. I think the most accurate one is this one covering the 18th - 20th century period: Oakden Family Tree. The second half of this tree coincided with the first half of the previous tree.

The following two trees shown below, one typed and one hand-written, from 1728 onwards, are largely confirmed as accurate but may be missing one daughter of Ralph & Sarah.

After that is a family tree drawn up of earlier generations of Oakdens from 1603, offered by a Mr Billing who I think is another Oakden descendant. John Hooke compared this with the Hooke family research and has marked and explained the differences.

Finally, following the Billing version, are two pages of John Hooke's version of the Oakden family tree from 1603 with many interesting notes. I have used these notes in compiling the history of the Oakdens of Lee House on the next page of research, as follows:

However, my own research indicates that it is extremely likely that both the Billing and John Hooke's family trees make a significant error in losing a generation, Roger Oakden (1639-1696) is described as an elder brother of Philip, Simon & Ralph, whereas I am fairly certain that he was their father. This is consistent with many other family tree records on My Heritage and fits the data much better, especially as the age difference between Roger and his supposed brothers is in the region of 40 years! This is most unlikely, especially as that would also indicate that their father William fathered his youngest sons in his 60s. Possible, of course, but unlikely.

A  further error is that Roger is descibed as being buried at Cauldon in 1708 which is the year his wife died, he himself having been dead by then for 12 years! I suspect that Uncle John had identified another Roger Oakden who died in 1708 and was buried at Cauldon. There are so many Oakdens at this time not to mention multiple Ralphs and Rogers so it is all highly confusing! 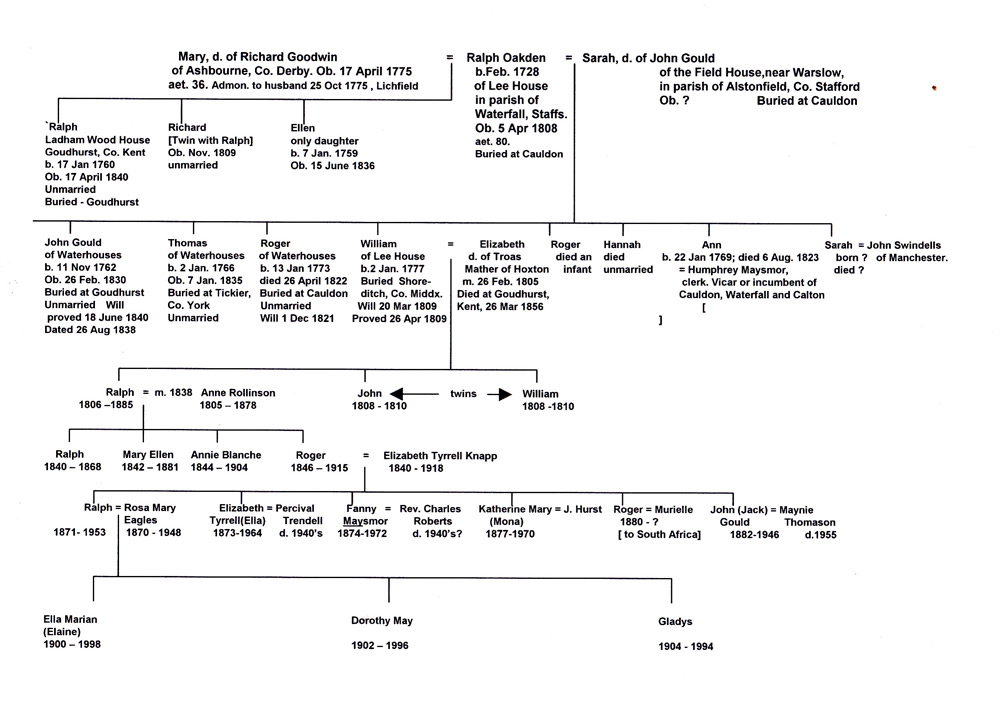 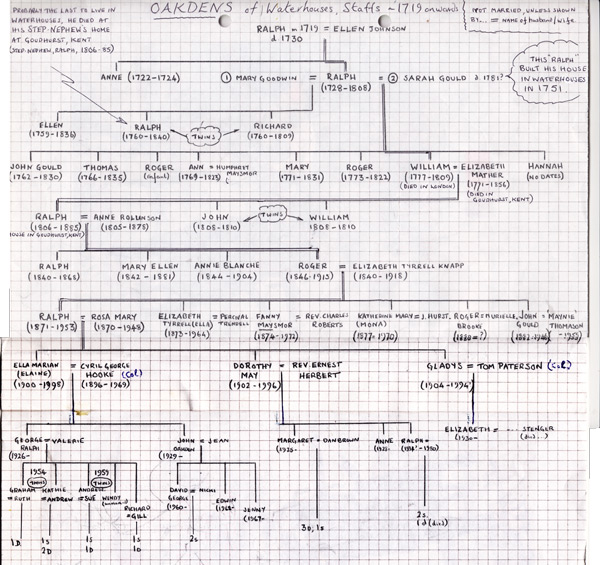 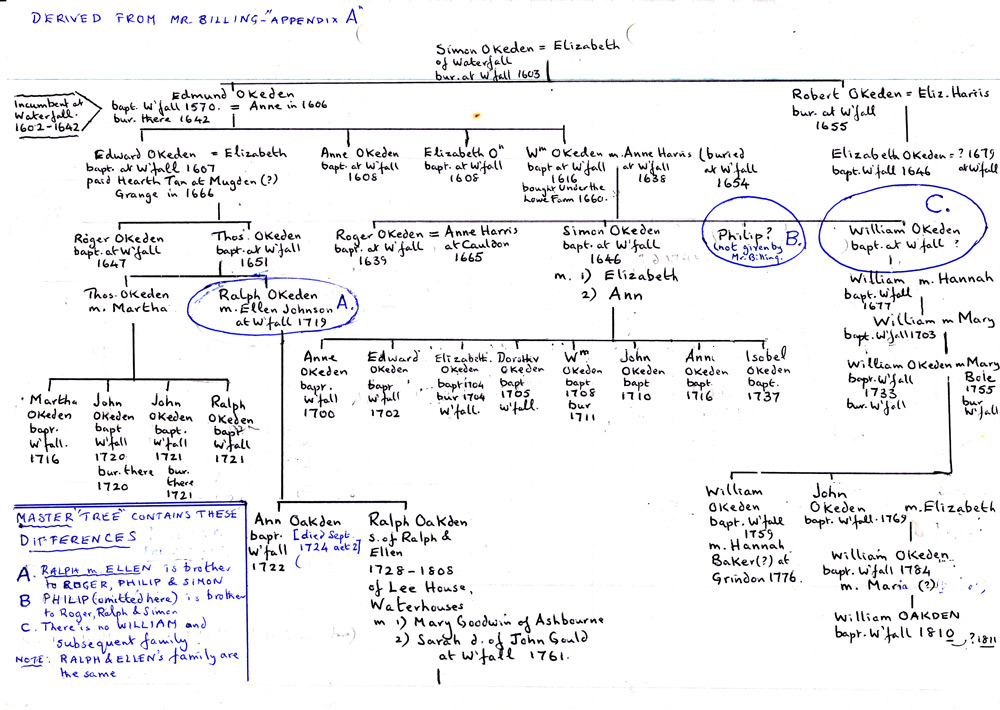 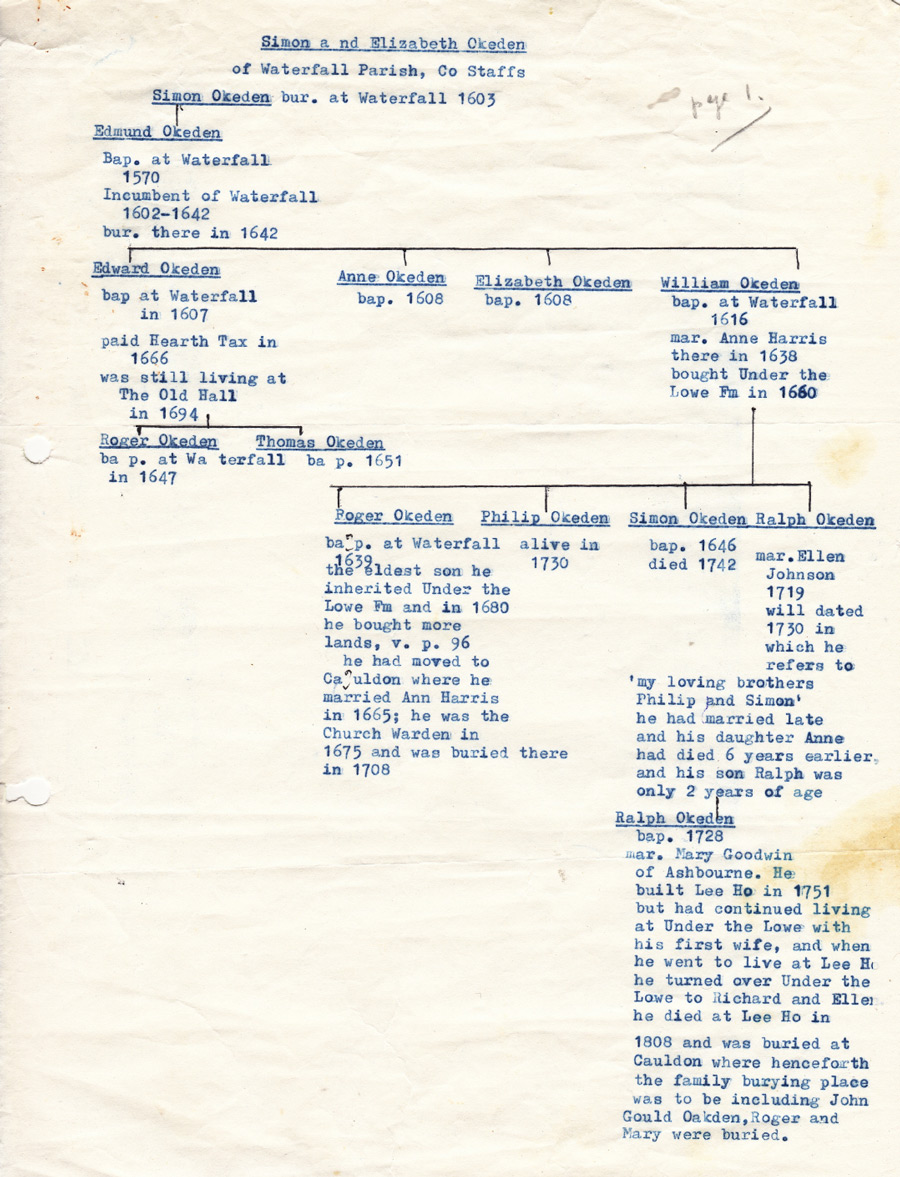 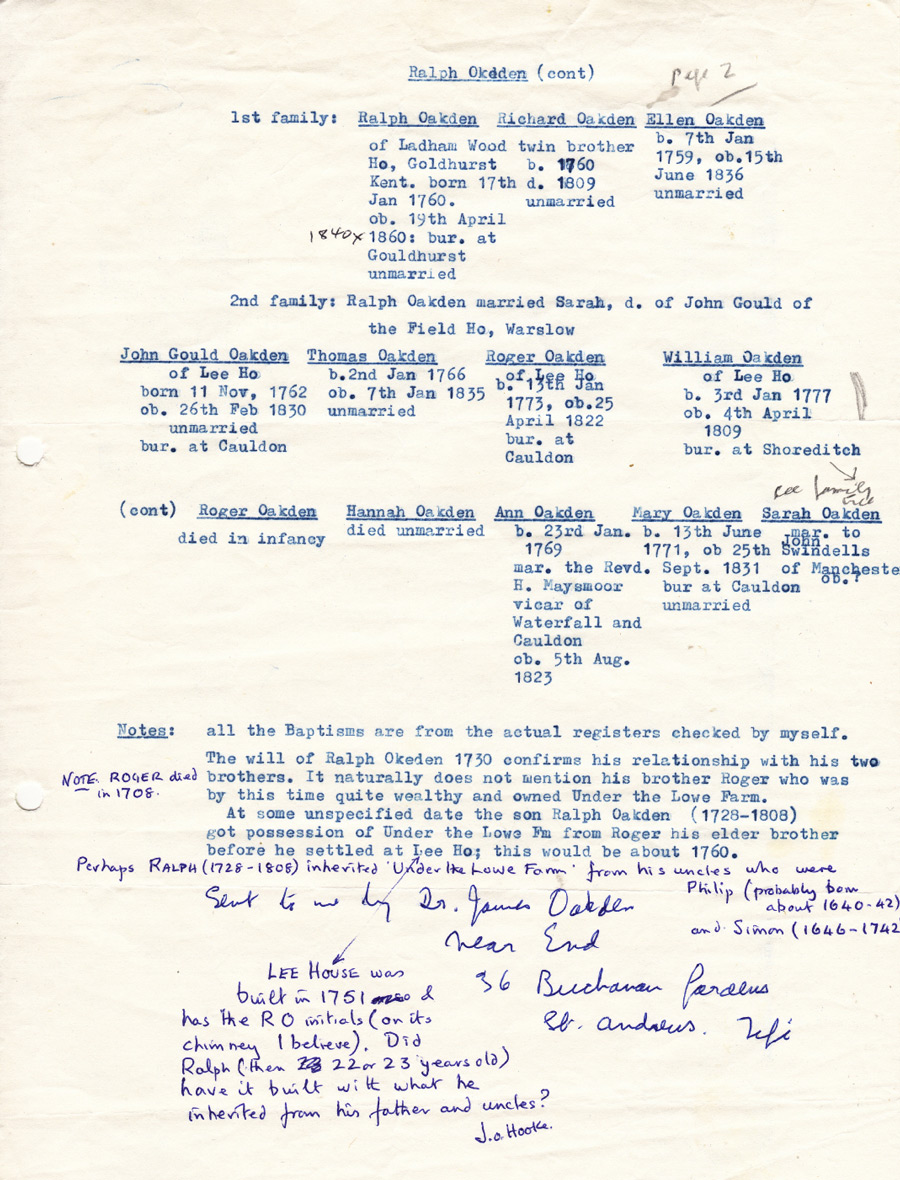