William Farren - from flimsy biplanes to the mighty Vulcan.

Sir William was one of the great pioneers of British aviation. His life spanned the history of flight from the experimental, rickety biplanes of World War 1 through to the mighty Vulcan jet bomber. The Royal Aeronautical Society wrote of Farren, “In the same way that Farren and aeronautics are synonymous terms, so are Farren and the Royal Aeronautical Society.”  Although he was one of a handful of early pioneers of flight, and ultimately knighted for his achievements, he seems to have become a largely unsung hero of flight.

It seemed fitting, at the time of writing in 2015, the year that the last airworthy Vulcan bomber took to the skies all over Britain for its final flight, for Farren's story to be told, along with images and information about this great pioneer of aviation. It is unlikely that the Vulcan bomber would have ever made its first flight without the skill, determination and diplomacy of Sir William Farren. 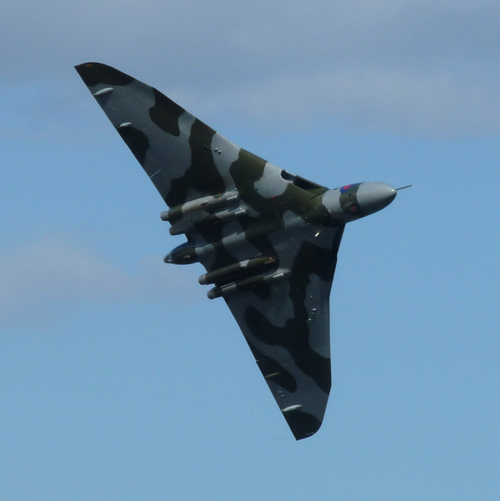 William Farren - The Vulcan Years (including footage of the last flying Vulcan filmed in 2014).

Sir William is part of my family history, not as a blood relative in the Hooke family tree, but because he married my great Aunt Mildred Hooke late in life. The marriage took place shortly after the death (Jan-Mar 1963) of his first wife, Carol, with whom he had one child, Helen (Granfield). It seems that Mildred had been a friend of both William and his first wife from c1911 when they were at Cambridge together.

A couple of years after their marriage (October 1963) Sir William became ill and Mildred nursed him faithfully until his death in August 1970. I never met him but at some point when my Aunt was clearing out junk she let me have a wooden box of bolts and bits that I have kept ever since and used to store my own bolts, nuts and washers. In amongst the junk were various items of interest to me including his nameplate taken from the door of his office when he served as Director of the Farnborough Royal Aircraft Establishment, during WW2.

The full text of a Biographical Memoir of Sir William, written by Sir George P Thomson (Nobel Prize Phycisist and lifelong friend and colleague of Farren) can be read here. Biographical Memoirs of Fellows of The Royal Society Volume 17, November 1971

Born in 1892, the trajectory of William's life was established at an early age. While his father tried to encourage him to become an ornithologist his mother supported him in his determination to become an engineer and by the age of 14 he had his own workshop. He quickly became a proficient craftsman. In 1910 he earned a scholarship to Trinity College, Cambridge where he obtained a First Class degree in both Maths and Mechanical Sciences. In 1915, aged 23, he was appointed Head of the Aerodynamics Department at Fanborough, a new research factory, designing and building aeroplanes to support the war effort. 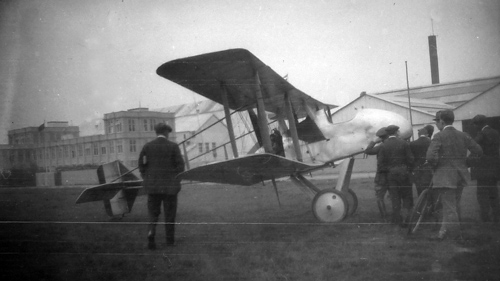 PHOTO right:  Farren (left) and a colleague at Southampton Water during the test flights of his flying boat, CE1, Jan-Mar 1918 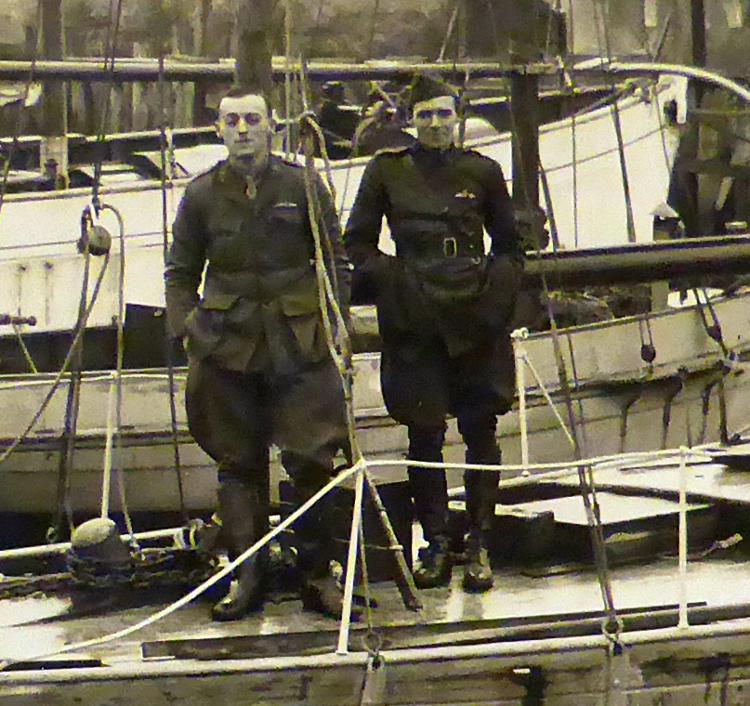 William Farren - 1914-18 Click the link to see more of Farren's photos of the war years at Farnborough, how he learnt to fly in 1916, and the elite company of men he worked with.

William Farren - The Flying Boat  Click the link to find out all about the flying boat, CE1, that Farren designed, built and flew, all in the space of 6 months!

William Farren - The Scientist Pilots   Click the link to find out about Farren's role in the creation of the "test pilot", combining the roles of skilful pilot and scientific engineer. (Source: Constance Babington Smith's book: Testing Time, Cassell, London 1961)

In 1920 he began lecturing in engineering and aeronautics at Cambridge University. He became part of a research team studying airflow over wings, with special reference to stalls. Tanks filled with water were used for this research. Farren, as a great engineer and a brilliant mathematician, then used his skills to design and build the first wind tunnel for Cambridge.

Between the war years it seems that he did little flying but concentrated on research and lecturing, creating striking experiments which were a memorable experience for his abler students.

On 1st May 1937 he was appointed as Deputy Director of Scientific Research at the Air Ministry. Years later he reflected on this decision in a letter, ”The reason why I accepted what was from some points of view a move into the wilderness, was that Wilfrid Freeman, who was Air Member for Supply and Research, and had got to know me from his attendances at the A.R.C., persuaded me that war was inevitable, and that I had better take this opportunity of getting ready, and worked into the organisation, instead of waiting until the blow fall. I think he was right.” (Personal correspondence, 14th February 1961, held at the Churchill Archives Centre, Churchill College, Cambridge).

He went on to write, “In the middle of 1941, Wilfrid Freeman decided that we had got to plan on the basis that we were going to win the war, but that it would take time, and we had better act accordingly. One thing at least he decided must be done without delay, which was to do everything possible to encourage the R.A.E. to do even more and better work.” 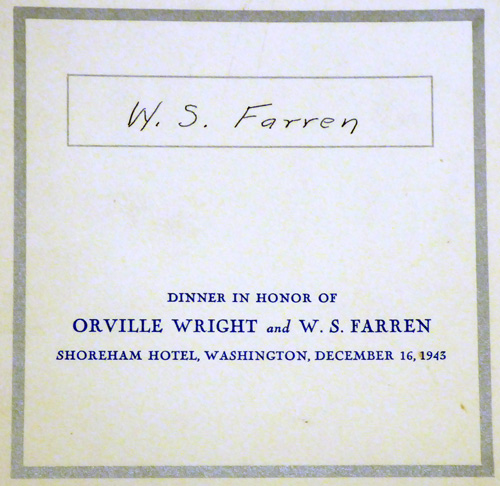 So it was that on 4th July, 1941, Farren became the first Director of the R.A.E at Farnborough, massively developing the facility and its work and making a very significant contribution to the war effort.

His standing in the field of aeronautics can perhaps be no better represented than with this place card at a dinner held in his honour in Washington on 16th December 1943, his name being honoured alongside that of  the great pioneer of flight, Orville Wright.

For more about his flying exploits, his part in the development of the jet engine, some memories of Farren from Britain's greatest ever pilot, Captain Eric "Winkle" Brown and what Churchill summoned Farren to London to do in 1945, click the links below: